New data released by the Census Bureau’s Survey of Construction indicates that nationally, 22.6% of new homes built in 2018 had a deck: this is down from 25% in 2010 and 23.7% in 2017. This decline doesn’t necessarily mean homeowners have lost interest in outdoor living space— builders are delivering homes with less-expensive outdoor features like porches and patios as a way to reduce cost. Homes built with a porch only or porch plus patio rose from 39% in 2010 to 52% in 2018.

How do homeowners create their outdoor living space? They build the deck after they purchase the home. Decks built on homes where no deck existed previously represents an estimated 20% of decking demand. That percentage rises significantly when the home is less than ten years old. In a survey of 750 homeowners conducted by Principia in 2019, 47.5% of owners in a home less than ten years old who built a deck in the past two years built a deck where no deck previously existed.

When builders do not deliver outdoor features homeowners want, they take matters into their own hands. 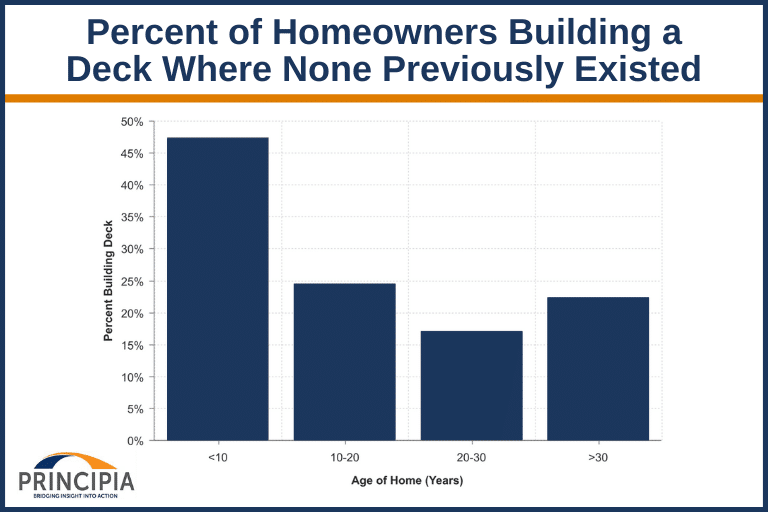 From market insights to business strategies, we are ready to discuss your needs.